Educators (and others who care) the world over have, it seems been worrying for some time about what's going on in classrooms. To paraphrase Sir Ken Robinson, little children commence their life's journey full of imagination and creative ideas - but all too often school takes away the joy of learning by experimentation, seemingly stigmatizing "wrong" answers and those who don't fit the conventional academic mould. Since innovation requires divergent thinking, this ought to have us concerned.

Robinson's critique is an interesting one that will strike at least something of a chord with many educators and others interested in education. However, as language teachers obliged to work with the world as it is, some might ask what exactly we are meant to do about all of this. To be sure, we can avoid coming down hard on "wrong" answers (one summer-school ADOS I worked for even went as far as telling students "A mistake is a gift to the class", which I think was an excellent idea), but in practical terms, what kind of language teaching would count as "creative" or help foster creativity? 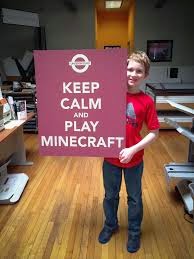 It's a good question, and it has taken me a while to find any literature that addresses this question directly. However, Lesley Mycroft and Paul Gurton (in McGregor & Cartwright, 2011) have made an interesting attempt, so I'll attempt to summarize their main points here.

Definitions of creativity
Several have been proposed, for example:

A fairly obvious distinction to be drawn at the outset would be that between ideas that are new in terms of human history and those which are new to a person's previous way of thinking (Boden 2001: cited by Mycroft & Gurton 2011:109). You don't need to be Einstein to come up with ideas that still construct meanings, explanations, hypotheses, arguments and ways of thinking that are new for you (Newton & Newton 2010, likewise cited by Mycroft & Gurton 2011:110).

Creative activities: the key signs
This suggests teachers can promote creative thinking amongst language learners by challenging them to solve problems, or see things from new perspectives. A creative activity, Mycroft & Gorton suggest, may involve any of the following:
Source: after Newton & Newton, 2010.

The teacher matters as much as the task!
Teachers can therefore create a classroom environment conducive to creativity through appropriate activity design. However, as Grainger & Barnes (2006: cited by Mycroft & Gurton 2011:112) have pointed out, teacher attributes and the ethos of the classroom they create also matter hugely. If teachers "model" creativity and create a supportive atmosphere, students will be more willing to take risks and express ideas they've not expressed before.

If you're interested in case studies of trainee teachers "thinking outside of the box" with a mentor's assistance, I can certainly recommend this chapter of McGregor & Cartwright's book to you.

Six Thinking Hats: a great idea for conversation classes?
Another good idea for creative idea generation which other conference presenters and ELT bloggers have already talked about is Edward de Bono's "Six Thinking Hats", as described in the following British Council presentation. Done the right way, it can lead to "creative decisions tempered by rationality" - and the separation of different styles of thinking into different coloured-hat personas can "funnel" more effective decision-making (Mycroft & Gurton 2011:121-124). Interestingly, Mycroft and Gurton also suggest it may serve as a model for teacher reflection, with the "Blue Hat" in charge - perhaps we should give this a try!

Conclusion: let creativity flourish!
All in all, I think language teachers can do quite a bit to promote creativity within communicative language teaching, and it needn't be restricted to speaking activities. I once asked my pre-experience students of business studies to write up an imaginary "balloon debate" between history's four most illustrious economists in which only one could be saved! You should have seen some of the answers I got…but that's another story.

So how about you? What works best in your classroom? I'd be pleased to hear from you.